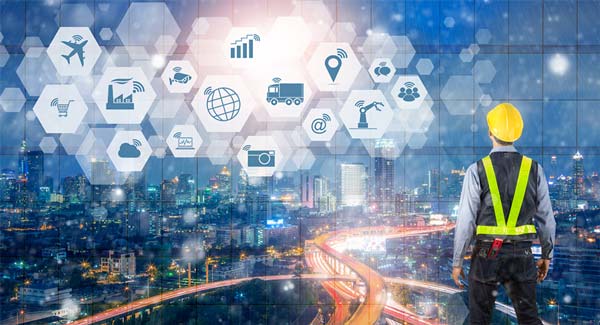 History of the Internet of Things

The Internet of Things (IoT) is a tech revolution that is growing faster than many people understand it. To give you a sense, in 2018 there were 7 billion IoT devices. By 2019, that number had almost quadrupled to 26.6 billion. And in 2020, 31 billion new Internet of Things devices were connected to the web.

But to really understand the significance of these numbers—along with achieving a simple explanation of what the Internet of Things is—it’s a good idea to look back at the past. That means how this network of things got started and the goals it was designed to achieve. Let’s explore the history of IoT and some Internet of Things examples, along with how this tech is being positioned to impact the future.

What Is the Internet of Things?

Let’s start with exploring a basic question—what is IoT? As far as the “things” in the equation are concerned, these are devices and objects that can connect to the network without human intervention. That last point is very important, since it means devices like computers and smartphones are generally not considered direct parts of IoT. While your phone or desktop might give you a means to give commands to IoT devices in your home or office, it is still reliant on your action.

What is considered an IoT device? Objects like smart watches or fitness trackers are sometimes included in the definition of IoT, because they collect data and transmit it to the cloud automatically, sometimes even without an internet connection. Elevators, airplanes, and missile systems are some examples of early machines that connected to IoT in life-changing ways. As more and more devices continue to be added to the Internet with new functionality and features, the definition of Internet of Things is ever-expanding, and ever-improving its usefulness.

Who Is the Father of IoT?

The Internet of Things was named as a concept in 1999 by Kevin Ashton. Ashton began exploring the idea while working for manufacturing giant Procter & Gamble as a brand manager for Oil of Olay. He recognized a disconnect between the inventory systems at retailers and the actual inventory on the shelf. Because store employees and managers were scanning the barcodes of products to sell them, they assumed there was some sort of back-end tracking that would let them know when products were out of stock. However, this wasn’t the case until Ashton pioneered radio frequency ID (RFID) technology on cosmetics. By empowering the shelf and register to talk to the products and inventory system, Ashton closed the gap between inventory tracking and supply chain management.

Though Ashton coined the term “Internet of Things,” he later amended that the name “Internet for Things” might have been a better description.

Ashton pioneered the use of IoT and later continued to help the vision become a tangible reality as the founder of the Auto-ID Labs. This center has grown into a global organization across four continents, conducting research into RFID technology and other sensors that power the Internet of Things.

However, the vision of machines being able to communicate with one another dates back to the 1800s. Innovations like the first radio voice communication, in 1900, were foundational to the development of IoT. Other inventions like satellites, the Internet, and the IP address were equally important.

One device that broke ground for the IoT in 1989 was a Coca-Cola vending machine at Carnegie Mellon University. Programming students at the school figured out how to connect to the vending machine through ARPANET (the early version of the Internet) and tell if a cold selection of their desired beverage was in stock before they made the walk over to the machine. However, since this still required human input, the Coke machine didn’t quite meet the full definition of an IoT device we use today.

That came in 1991, when John Romkey and Simon Hackett debuted an improved version of the Internet Toaster, complete with an automated crane that could insert and remove the bread for the user. Even in those days, Romkey was in tune with some of the security and privacy concerns. Who could see the toaster on the Internet? Could a hacker take control of the toaster and use it to start a fire? While the pair of innovators were aware their project was a little silly—in fact, that was part of the fun—they also were aware of its serious implications for the future of connectivity.

The first webcam, created to monitor how much coffee was in a coffee pot, went online at Cambridge in 1993. Soon after, in 1994 innovator Steve Mann connected a camera to his glasses and was able to live-stream the feed to the Internet. These early examples of IoT devices were also pioneering the future of social media, smartphones, and even streaming.

The RFID technology pioneered by Ashton gained buy-in from massive organizations like the US Department of Defense and Walmart. By 2005, IoT was a big-enough deal that it was formally reported on by the United Nations International Telecommunications Union. From there, improvements in WiFi, microchips, and machine learning have continued to improve the functionality and performance of “smart devices.”

What Are the Six Levels of IoT?

Today, there are six common types of IoT technology in use:

RFID: Uses radio waves to transmit small information across a small distance. This tech has enabled the creation of self-checkouts, smart mirrors, inventory tracking, and more. This type of IoT tech has been transformational to manufacturing and retail.

Wi-Fi: Mainly works with in-home devices that can also be connected to a power outlet. These include smart cameras and other gadgets like appliances. Though spotty Wi-Fi coverage in public doesn’t make this an ideal commercial solution for many industries, smart cars with on-board Wi-Fi are in the works for Wi-Fi 6.

Cellular: 5G is expected to lead to more use of cellular networks in IoT mobile devices like those found in vehicles. Cellular networks are also most powerful for real-time data delivery like healthcare data, industrial automation, public safety surveillance, and driver assistance systems.

Bluetooth: This tech was expressly created to allow devices to talk to one another. Today, many devices that connect with smartphones use Bluetooth, like watches, medical devices like glucose meters, and door locks. As Bluetooth Mesh becomes more common, in-store promotions and location-based marketing and content delivery are also being powered by Bluetooth.

Mesh Networks: Mesh networks connect sensors that are evenly distributed over an area like a farm field, factory, or private home. Smart lighting, HVAC controls, security, and other remote monitoring solutions that take in a lot of data are supported by mesh networks.

LPWAN: Low-Power Wide Area Network (LPWAN) is the newest innovation in IoT tech. These sensors can be spread out across a much larger area than a mesh network, but also collect less data. Environmental monitoring, occupancy monitoring, and consumables monitoring are some off the applications of LPWAN currently being explored and licensed.

These IoT examples make it clear just how wide-reaching this technology is, from personal use to business applications. Whether you want personalized coupons while shopping or to improve operations at a factory, IoT can help make it happen.

Get Involved With the Future of IoT With Eleven Fifty Academy

The Internet of Things represents some of the largest opportunities to develop and secure the technology that improves our daily lives. From software developers to cybersecurity professionals, many types of tech experts are needed to keep this technology useful, sustainable, and safe.

At Eleven Fifty Academy we are committed to helping career changers and individuals wanting to enhance their resumes gain the skills they need to start a career in tech in just a few months. Whether you attend one of our coding bootcamps or cybersecurity bootcamps, full time or part time, you’ll gain the mindset, habits, and skills needed to succeed in a tech career. Not only are software development jobs and cybersecurity jobs some of the most in-demand in today’s economy, they provide value to society on a daily basis, and come with a salary to match their impact on the world.

If tinkering with the Internet of Things, or securing it against criminals, sounds appealing and interesting to you, we invite you to take a free introductory coding or cybersecurity class to learn more about the tech industry, or connect with an admissions advisor to get your  questions about Eleven Fifty Academy answered. 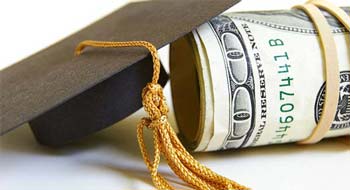 September 16, 2022
How Much Do Tech Bootcamp Graduates Make? 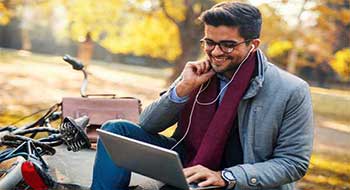 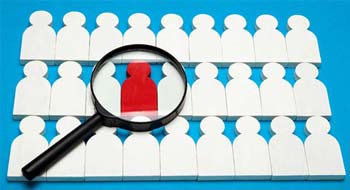