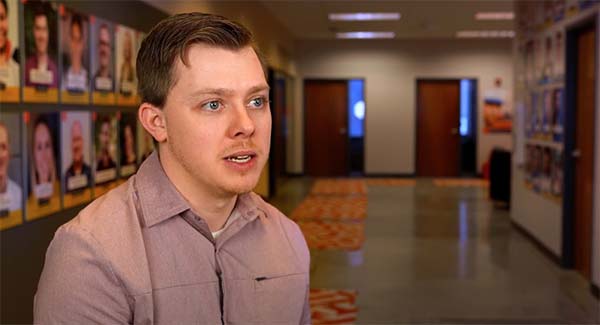 This is a transcript of an interview with Eleven Fifty graduate, Michael Milroy. You can see the interview on our YouTube channel.

I like to be the best at what I can be — definitely competitive, but I also use that as my drive to learn the most I can about what I'm doing so that I can always provide the best output. I grew up around tech, my dad did some IT work on the side kind of as a hobby, so I've been building computers and swapping out hardware and stuff like that since I was real little, like five or six.

I had gone through a business certification class back in 2019 and one of the guys at my table was actually an Army veteran. Maybe 18 months later him and I met up, just had a conversation, grabbed coffee, and he mentioned by the end of it "Hey you're interested in getting back in tech. I met this other person who went through a place called Eleven Fifty and now he's doing IT work here in Indy, so maybe it's worth checking out and seeing. Maybe that's an easy way to get you back into tech, or to accelerate your path to tech.”

Cyber was fun because of the group. The people that were in class, the small group that we made —study group — going through those conversations, through the lab exercises, instructors were great. I would say some of the advantages of Eleven Fifty as your jump point into tech is the curriculum. It's structured; you have set class times whether you're doing the full-time or the part-time evening classes. You have the structure; you have a group of like-minded individuals that are also driving to the same end result. The teamwork collaboration around you, it's all extremely encouraging so like I said, full-time part-time doesn't really matter. Find a group in a class that will build you up and make you ask more and better questions. Once you start, don't stop; get the most out of it. Do everything that is part of their curriculum and then some. Ask questions. Be an active participant; find other people in the class that are like-minded that you want to group up with because that'll take you even further. VA benefits was definitely a big reason why I decided to come here and why I was able to, so if you're a veteran and you have veterans benefits I would say it's an easy decision. If you have the time to do it and you have the drive to get into tech, whether it be software or web or cyber, whatever it is, if you have the drive and you have the resources through the VA I'd say definitely use it because that's really where it is. So even though a lot of my military experience may not directly apply to cybersecurity, leadership does. Leadership applies to everything. It doesn't matter where you're at: you're a leader. I'm very proud of my veteran background as we all should be, so I think most of my taglines are normally #marinecorpsveteran and #cybersecurity. 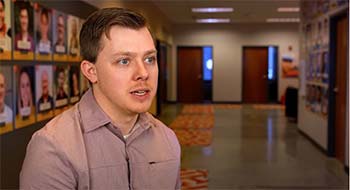 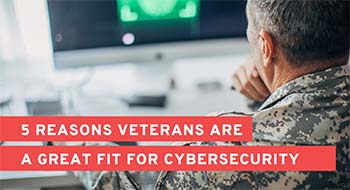 November 24, 2021
5 Reasons Veterans Are a Great Fit for Cybersecurity 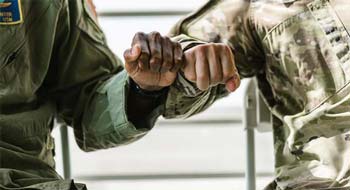